As we move into the last week before Christmas, we’ve been lucky enough to enjoy some summer weather…finally!!  There has been enough rain to keep the greenkeeper (and the farmers) happy and the course is looking better than ever.

Thursday club had a good turn out and the winner on an incredible 53 was Jimmy McKinnel!!  Incidentally ‘Cool Change Jimmy’ has sponsored Thursday Club and other tournaments over the past year and I would like to thank him for his generous supply of vouchers. In second place Matt ‘Tub’ Thomas, Gumboot Petersen, Rob McCreary and Sheldon MacNamara 41. Twos: C.C Jimmy, Tim Loe, Sandy Bidwill, Joel Macklin, Sheldon McNamara, Guy Walmsley and Roger Simmons; nearest the pin: Roger Simmons.

Sunday began overcast but soon burnt off to reveal a superb day for the men’s shootout. On the 1stBob Tosswill got into the trees, and was always behind the ball game. 2ndJohn Errington lost out on a chip out. 3rdRick Hargreaves had a few problems up the fairway. 4thTrevor Petersen got the (gum) boot and was beaten in a chip out with 7 others. 5thDean Schaef could not get his chip rolling down bull hill. 6thAndrew Lawler had already survived 3 other chip outs, but the 4th was too much. 7thMark Lucock had an ambitious shot near the drain which did not come off. 8thBob Schofield had been playing well, but probably the night before was too much! 9thWayne Hunter probably had too much at the lunch break, and lost in a chip out. 10thMalcolm Bridge was travelling well but could not survive his 2nd chip out.  11thJohn Warner tried too hard with his chip out from the bunker and failed. 12thShane Hartnell had been playing consistently, but seemed to go to sleep on this hole. 13thDayle Scrimshaw failed in his only chip out. 14thTora Boyne got into the drain, then went zigzagging, and was always behind. 15thBill Jones the veteran, had lasted well, but was getting tired and missed out on the chip out. 16thDerek Stephens missed out in his only chip out with 2 others. 17thGuy Walmsley had managed to go further than ever before, but could not survive a chip out with the other 2. 18thThen there were 2 left, Chris Ranish and Pete Griffiths. Both had net 4, so again to another chip out, made difficult by having to chip from way above the hole in the rough. Pete first did very well, and Chris could not quite make it. So the overall winner was Pete Griffiths. Pete’s uncle Whitney was his caddy and ably assisted his win by keeping him on the straight and narrow!! Thanks go to Sandra for organising AND cooking the sausages and roast beef, Kris on the tractor and Terry for his hole by hole accounts!!

This is my last column for the year so Merry Christmas and a happy new year to all the readers – enjoy the festive season with family and friends, take care and good golfing everyone!!

Photo: Pete Griffiths the winner of the Men’s Shootout 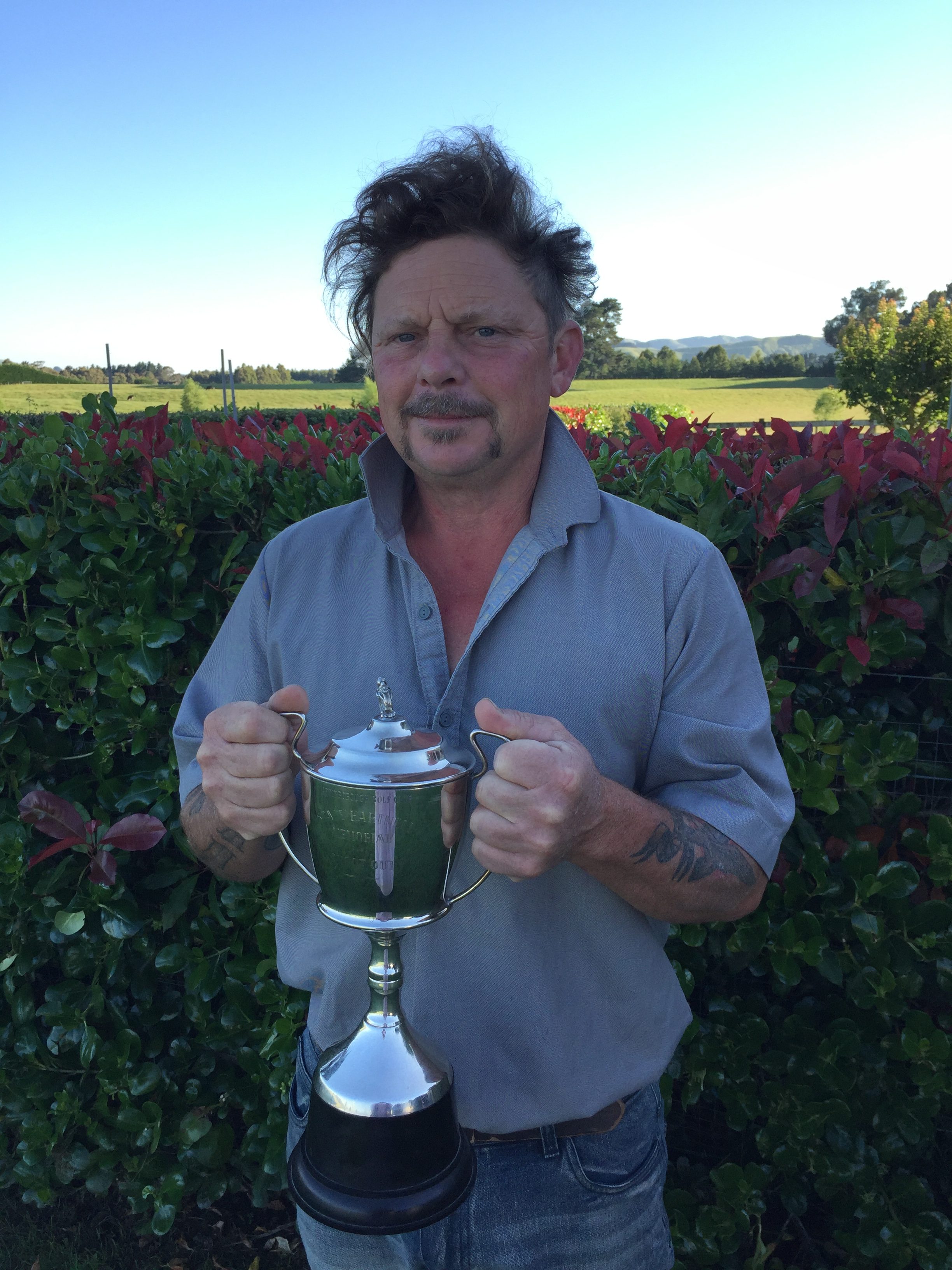