The shortest day is tomorrow – so as well as remembering to plant your garlic, you can celebrate that the days will be getting lighter…..slowly but surely!!

Ladies played LGU, putting and shootout and there are no changes to the shootout standings. In top form for the putting was Sandra Petersen with just 26 putts, followed by Adele Cairns and Venetia Morison with 31 putts. Sandra also had the best nett score with 74.  Sue Dinnison and Adele Cairns had 77. Nearest the Pins were: All Teed Up No 6 Julie Dondertman and Cafe Medici No 8 Angela Busby.

Thursday club proved that some players will do anything to get out of staying at home – although I was assured it was very mild out there it certainly was wet!!  1stMalcolm Wood 42, 2ndSky Elworthy 38, 3rd= Doug Clark, Captain Morison, Chris Ranish & Nick Morison.  Twos: the Captain, Doug Clark, Malcolm Wood & Colin Whibly-Smith – nearest the pin Doug Clark.

The course is looking good but do your part by replacing divots and pitch marks – good golfing everyone! 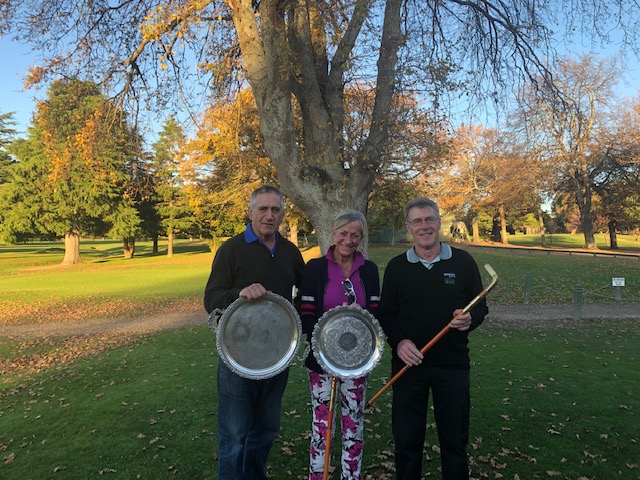