As we prepare to farewell the last week of winter (hooray), we’ve had some testing weather over the last week, but at least we got to enjoy the snow-capped mountains as a reward when the rainclouds cleared!!

First up this week, the 9-holers had a special celebration and held a very successful reunion of 21 Years of 9 Hole Golf in Martinborough last weekend, it started with a Meet & Greet at the Clubrooms on Friday night, followed by 35 playing Ambrose Golf on Saturday morning followed by a Soup & Cheese Roll lunch, and a birthday cake.  A delicious dinner for 60 was served at the Village Café on Saturday night and breakfast Sunday morning.  Their results from the previous Wednesday are 1st Jaquee Reid 16, 2nd  Jan Ferguson 12 and 3rd Adrienne Sisson 10. 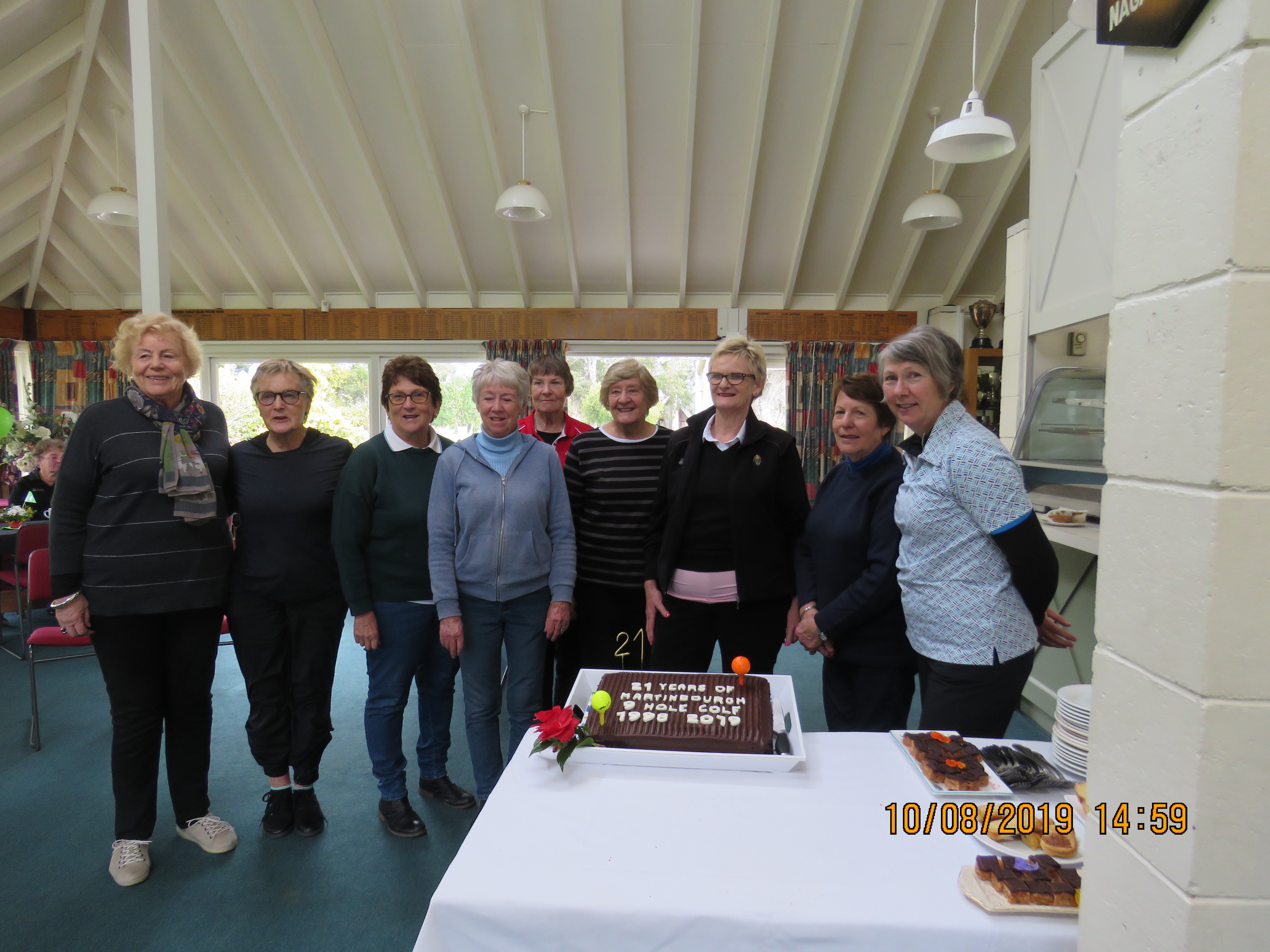 Ladies golf and Julie finished first (again!) with Bindy McLeod second and Honor Clark and Sue Dinnison equal 3rd.  The putting was won by Julie Dondertman with 29, followed by Marie Scrimshaw on 31 and Ju Allen with 32.  There was no change to the shootout scoreboard.  Nearest the pin on All Teed Up No 6 was Ju and Jenny Wilkie was closest on Cafe Medici No 8.  Bindy had the only two.

On a sad note, we give our condolences to our new Featherston members with the loss of Norman Douglas in his 94th year; he served on the committee for years and was a life member, he will be sadly missed by all, RIP Norm.

That’s all for this week – Lamb & Chardonnay on 22nd September – get your entries to Kris in the office asap as places are limited and go like hot-cakes!!  Have a good week and good golfing everyone!You